If you ask someone who has visited Stockholm (population of nearly 800,000 and roughly 2 million in the region) the first word they would probably use to describe it is “beautiful” and that it is. Stockholm is a major international city with great shopping, quality eateries in abundance, fabulous standard hotels, an internationally renowned club and music scene and a vibrant cultural life. Where Stockholm comes into its own however is its sheer, natural beauty.

Founded in the 13th century, Stockholm is a city like no other - a city built on 14 islands, so you are never far from the water. Medieval buildings stand alongside modern architecture. Stockholm is also home of the Nobel Prize. And just outside the city, the archipelago of 24,000 islands is waiting to be explored. Stockholm is the seat of the Swedish government and home to King Carl XVI Gustaf. The city of Stockholm also has a large port and large shipbuilding manufacturers, and is the seat of Sweden's principal stock exchange.

Where is Enköpings, Sweden?
Enköpings is located 75km (less than 45 miles) northwest of Stockholm. 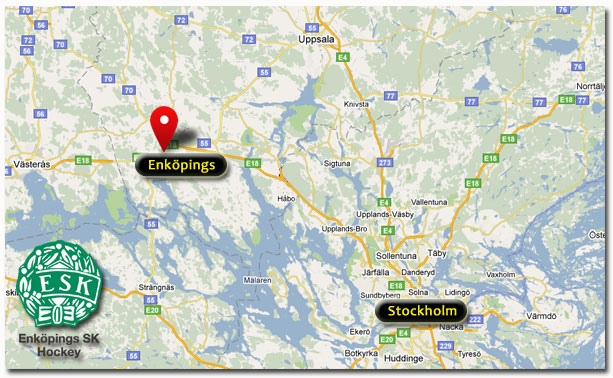 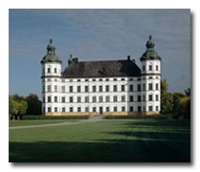 Skokloster (built 1654). Located in Bålsta (recently voted "Sweden's most beautiful Castle") on Lake Mälaren. It was built in the Baroque style between 1654 and 1676 by Carl Gustaf Wrangel after a design by Nicodemus Tessin the Elder. When Wrangel died in 1676, the castle passed into the hands of the Brahe family, and then, after 1930, became the property of the von Essens. In 1967 the castle and its contents were sold by the family to the Swedish government; since then it has been open as a museum.

The castle is a remarkable monument to the Swedish Age of Greatness, a period in the middle decades of the seventeenth century when Sweden became one of the most powerful countries in Europe.

The Royal Palace of Stockholm (built 1600's) is His Majesty The King's official residence and is also the setting for most of the monarchy's official receptions. The palace is a daily place of work for The King and Queen as well as for the various departments that make up the Royal Court.

This combination of royal residence, workplace and culture-historical monument open year round to visitors makes the Royal Palace of Stockholm unique amongst Europe's royal residences.

The palace is built in baroque style by the architect Nicodemus Tessin and is formed as a Roman palace. The palace has more than 600 rooms divided between seven floors with a state apartment facing the city and smaller living rooms facing the inner courtyard. 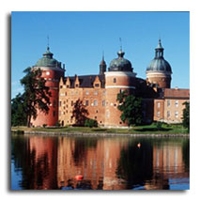 Gripsholm Castle (built 1380) is regarded as one of Sweden's finest historical monuments. It is located in the town of Mariefred by the lake Mälaren in south central Sweden, in the municipality of Strängnäs, about 60 km west of Stockholm.

This fortress was built around 1380 by Bo Jonsson (Grip), and belonged to his family until the confiscation of mansions and castles by King Gustav I (Gustav Vasa) in 1526. The King tore it down, and built a fortified castle with corner towers and a wall, for defensive purposes. Of the original medieval fortress, only the façade of a wall remains. Gripsholm Castle, has belonged to the Swedish Royal Family, and was used as their residence until 1713. 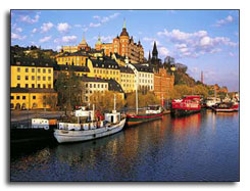 Origins
The earliest mention of Stockholm in writing dates from 1252, when it was an important post in the iron trade from the mines in Bergslagen. The first part of the name — stock — means log, while the last part — holm — means islet or small island. The full origin of the name is disputed.

Stockholm is said to have been founded by Birger Jarl in order to protect Sweden from invasion from the sea by foreign navies and to stop pillage of the cities such as Sigtuna on Lake Mälaren. The first building at Stockholm was a fortification for the purpose of controlling the traffic between the Baltic Sea and Mälaren. Under the leadership of Magnus Ladulås Stockholm developed into an important trade city in the following decades, advanced through relations with Lübeck of the Hansa league. In 1270 Stockholm appears in historical documents as a city and in 1289 it was described as the most populated city in the Swedish region. The first trustworthy estimate of the size of city comes from the middle of the 15th century, giving Stockholm about 6,000 residents. 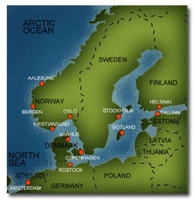 Kalmar Union
The strategic and economic importance of the city made Stockholm an important factor in relations between the Danish Kings of the Kalmar Union and the national independence movement in the 15th century. On October 14, 1471 Sweden under Sten Sture, with the support of the people of Stockholm, achieved a dramatic victory over the Danish king Christian I. His grandson Christian II occupied the city in 1518 in vain, but was able to secure the city in 1520. On November 8, 1520, massive executions of opposition figures, called the Stockholm Bloodbath, took place. This massacre set off further uprisings, which eventually led to the break-up of the Kalmar Union.

Vasa Period
With the accession of Gustav Vasa in 1523 and construction of a royal power, Stockholm developed into a larger city. The city island no longer offered enough space, and in 1529 Södermalm and Norrmalm were incorporated into the city. The city continued to grow and by 1600 reached a population of ten thousand. 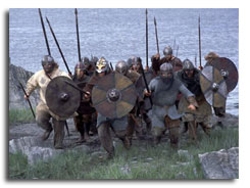 1600-1800
The 17th century saw the rise of Sweden into a major European power, which was reflected in the development of the city. From 1610 to 1680 the population multiplied sixfold. Ladugårdslandet, today's Östermalm, and the island Kungsholmen were also incorporated. 1628 the Vasaship sank in Stockholm. In 1634 Stockholm became the official capital of the Swedish empire. trading rules were also created that gave Stockholm an essential monoply over trade between foreign merchants and other Swedish and Scandinavian territories. In this period, great palaces and castles were built, including the House of Knights and later, in the early 18th century, the Royal Palace.

Between 1713-1714, Stockholm suffered from the Black Death. After the end of the Great Northern War and the destruction of several areas of the city in 1721, the city stagnated. Population growth halted, and the rapid economic growth slowed. However, Stockholm maintained its role as the political center of Sweden and under Gustav III it continued to develop culturally. The royal opera is a good architectual expression of this era.

1800-1900
In the beginning of the 19th century, the economic importance of Stockholm declined further. Norrköping became the greatest manufacturing city of Sweden and Göteborg developed into the key trading port because of its location on the North Sea. In the second half of the century, Stockholm regained its leading economic role. New industries emerged, and Stockholm transformed into an important trade and service center, as well as a key gateway point within Sweden.

The population grew dramatically in the second half of the 19th century, especially through immigration. At the end of the century, not even 40% of the residents were born in Stockholm. Settlement began to expand outside of the city limits and also created dense poor districts, but also new districts in the countryside and on the coast.

During this period, Stockholm further developed as a cultural and educational center. In the 19th century, a number of scientific institutes opened in Stockholm, for example the Karolinska Institute. 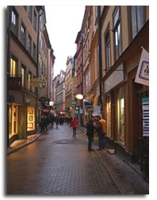 20th century
In the late 20th century, Stockholm became a modern, technologically-advanced and ethnically diverse city. Throughout the century, many industries shifted away from work-intensive activities into more high-technology and service-industry knowledge-based areas.